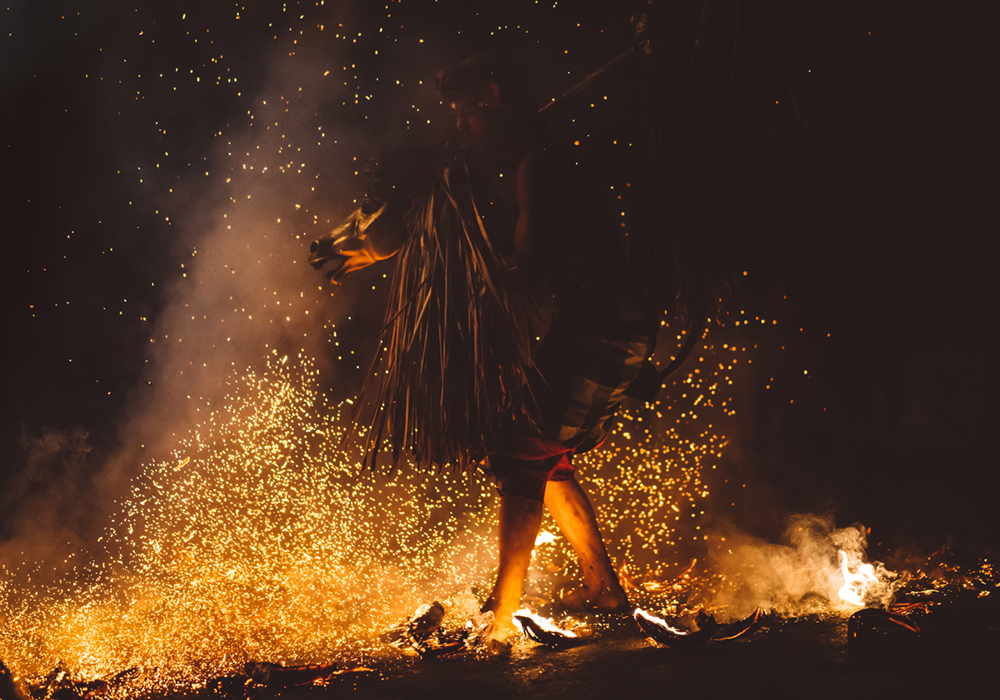 Myth stories connect us to the deepest parts of our self and of the collective unconscious. The collective unconscious is the thread of collective fears, images, archetypes, passions that run through the unconscious of humanity. These are stories that we tell of “once upon a time,” yet they are stories that are happening right now inside each of us, individually and collectively. Stories are the language of the imaginative, creative soul. I love and value myth as an important way to understand that which often can not be spoken in any other way than as story. And I believe if we’re willing to consider the ways in which we’re connected to each other through these stories, we may be willing to share our own personal myth stories and then to see the universality of our existence. For cultural and global healing to occur, we must learn to listen to one another—not the parts that separate us but the parts that connect us deeply. If we can learn to listen to the stories of one another, we can learn to connect to the humanity of each other and to see just how similar we are.

Bishop Curry writes, “Our stories have power. They have the power to change how people understand the world…Stories build bridges between people…Whenever someone tells you their story, you are standing on holy ground. You behave differently, hear them differently, and react from a different place. It’s so much harder to hate when someone has shown you their heart…Stories are the song of the soul sung in the language of life. That’s why the hearing and telling of our stories has the power and the capacity to move us to deeper levels of our selves…Stories allow for the communion of spirits. I can’t commune with your spirit without in some sense being changed by it…We are caught up in a political mess today, you and me, and we need to heal our country. And we can. Our stories are the song of our souls, and there is healing and hope when we hear them and share them” (from Love is the Way, Chapter 10).

How does story and yoga come together? The physical yoga practice is the story of our body unfolding on the mat–every strength and injury revealing itself through the heroes journey we undertake throughout the story of a yoga practice. It’s quite beautiful to witness our human story unfold through the body. The stories are both individual and collective–so much of the journey universal to the human body condition in our modern world. As we come together in this way, we are communing with each other’s spirits and in some deep sense, we are changed by each other’s stories. It take courageous vulnerability to open ourselves up to contemplate our own personal stories and to share these stories with others–both our literal stories and those that our bodies reveal. Courageous vulnerability is strength that keeps us standing firm and grounded, and humbly kneeling before each other at the same time. This is the energy of the openhearted warrior.

And so a story of Virabhadra: Much to the dismay of her father, Daksha, the beautiful and strong-willed Sati has married Lord Shiva, god of dissolution and Lord of Yoga. Shiva is everything Daksha can not abide–he covers himself in ash, goes about with wild, long dreaded hair, and hangs out with unsavory characters. Shiva represents all that is dark and shadowy and Daksha can not believe his youngest daughter has married him. Yet, Sati and Shiva are blissfully happy, the two residing on the top of Mount Kailash in perfect meditative absorption in their love for one another. Until Sati discovers that her father is hosting a great sacrificial fire ceremony for absolutely every god and goddess–except Shiva. Sati is outraged and storms to her father’s palace. As she confronts her father, he scoffs at her. Who does she think she is, questioning him, her father, about someone as horrendous as Shiva? Sati will not tolerate it. She enters a deep state of meditation in which the fires of her rage literally consume her–she self-immolates on the spot. From Mount Kailash, Shiva sees the whole awful scene unfold. Overtaken by grief, he tears at his hair, ripping a dread-lock from his head and slamming it to the ground. The hair combusts and from this exploding arises Virabhadra, the greatest of all warriors, created to avenge Shiva’s lost love, Sati. As Virabhadra descends upon the palace of Daksha, the ground begins to shake. Dust flies up around the halls and the sky turns black. Virabhadra rises up, his body as large as the sky, many weapons in his hands, his eyes like fire, and begins to consume everything in sight. He turns to Daksha, draws his great sword, beheads Sati’s father, then places his head upon a stake. Shiva now sees everyone cowering and terrified, and sees finally what has come of anger–Daksha’s, Sati’s, his own. He comes to the scene, reabsorbs Virabhadra, bringing the Warrior back into the softness of his own heart,  and brings Daksha back to life, only now with the head of a goat. From this time forth, the great warrior Virabhadra must learn that vulnerability is also courageous and that power must be held in a steady, broader-seeing presence. And Sati? Her ash rains down upon the land and from her come many goddesses and temples, phoenix from ash rising into beauty again.

It may be easy to relate to one character in the story or to label certain characters as “good,” others as “bad.” Can you instead see yourself in every character? See your own fears of the other, of those who seem “dark” or unlike you? See your courageous determination to follow your heart and also see the stubborn anger that consumes you in the fire of ego? How about the hardheartedness and the passionate anger? How about the regret of these fires and the softened compassion that can arise in facing this grief and regret? The humility that births as beautiful new life? Below the surface we are every one of these. Perhaps you’ll even witness each state of these characters play out in your body as you practice yoga. And perhaps, as you connect to this story in yourself, you’ll connect to the same story as you witness it in both the person you feel akin to, and in those you think you are ever so different from. Then perhaps, not only will we know our self in another way, we’ll know a “communion of spirits,” as Bishop Curry describes, in which “suddenly there’s a context for healing, and the possibility for a relationship, between people who were accustomed to interacting with their hackles up. No one leaves feeling like…We don’t know who [s]/he is.”

Photo by Joshua Newton on Unsplash