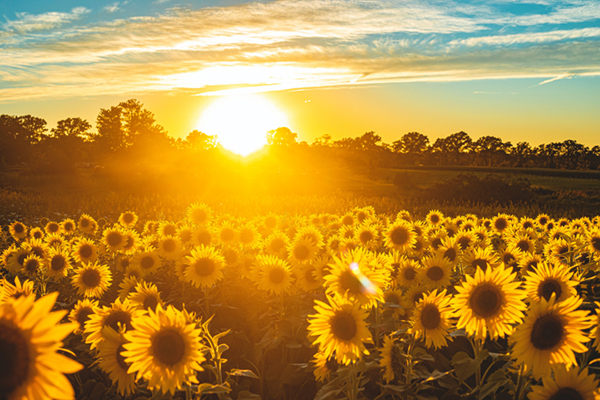 Last week, I woke to an Isolation Journals prompt from Joy Julliet Bullen asking me to consider a physical item left behind by a loved one, what it means to me, what this says about me. The irony was that I was already considering exactly that.

You see, the night before I read this prompt, I sat with my friend Stacey, who was visiting from New York City. For forty years, she was the longest and one of the dearest friends of Adrienne, who died June 2019. She comes now to be with the living pieces of what—or rather who—Adrienne left behind, her three girls and us friends here who grew to know her in adulthood. But often she gets some physical mementos and surprise stories, too. 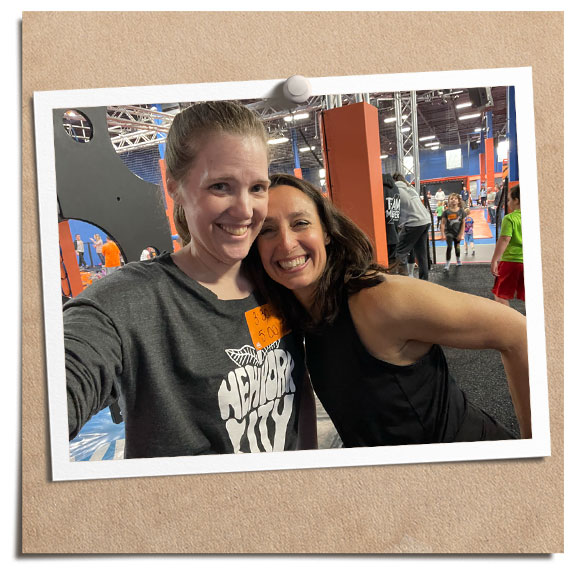 This night I write of, we opened a red satin covered box that had been Adrienne’s. It was filled with one number 3 patch from Brownies, 2 Girl Scout medals pinned to a green felt rectangle, a faded arcade token from an old pizza joint, several other pins, many that signified some aspect of Adrienne’s Catholic upbringing, and a couple of crosses. I can likely guess accurately at the purpose of most of the items. I chose 2 pins—a rose and a red heart with fire in the center—to keep as a memory of Adrienne. Yet, I have no understanding of what they truly meant to her or why they were important enough to keep in this box.

It happens that I am currently reading the posthumously published book Wholehearted Faith, by Rachel Held Evans, and so even before my night with Stacey, I was being led down the path of considering the physical things we leave behind. I originally discovered Held Evans’ work at the exact same time that Adrienne died. Her book, Searching for Sunday, was relatively well-known at the time, but new to me. She died exactly one month before Adrienne, also unexpectedly, and so I find that I can’t help but associate one with the other. 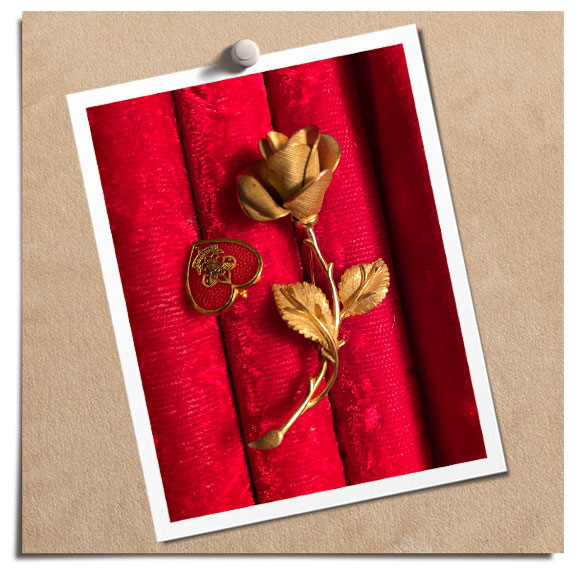 This new book of Held Evans’ was mostly written before she died, but it was her husband and her friend, writer Jeff Chu, who filled in the gaps and curated it into being. As I read the words and wisdom that Held Evans left, I realize they are a gift to me, to so many other questioning believers of the power of love, to those who loved her, and, maybe most especially, to her sons who were far too young when she died to have known her. As I write this, it occurs to me, that children often don’t really know their parents. This book leaves behind a truer image of her heart than she might have ever revealed.

What we leave and what gets left behind—I’ve been pondering this very idea for such a long time. When my father died, I found his journals and a cable knit sweater I remembered him in. The sweater became my uniform until it suddenly went missing. The journals allowed me to get to know a young man I’d never met, a father who worried over war and work, his faith and his oft-challenging 16-year-old daughter. Much of what he wrote left me with more questions than answers, revealed things I maybe didn’t need to know, and created for me a more real person than I had the chance to really wrestle with—one who was as fallible and human as I.

So often, though, it’s the scattered remnants of a life that most immediately give me pause. The day my husband’s cousin, Mark, died suddenly, tragically in a car accident, we gathered with friends at his home. All of us were us were in our twenties, kids. As friends sat around the table, I stood frozen in Mark’s bathroom, staring at his toothbrush, still coated in toothpaste from the day before, his hairbrush with blonde strands woven in its fibers, his razor. Each item was balanced on the edge of the sink in waiting for future use.

This makes me think of the recent story of the old Ukrainian woman who stood before a Russian soldier, handed him sunflower seeds, demanding that he put them in his pocket so that flowers might grow in the place where his body would be left in death. The story, I find, is rather chilling, but also it speaks to me of hope and an expectation that life continues.

So, the question, what do you suppose it is that you’ll plant during your days? For me, I hope this is answered with courage, hope, love, and a way of beauty that sprouts and lives. Yet I imagine there will also be unanswered questions, surprise stories, unresolved hurt. I’m not sure how much of this I can control, so I will try to keep my version of sunflower seeds in my pocket—reminders to my human companions of my deep love for them, reminders to the world of its deep beauty.

My whole life, I’ve longed to leave something behind, a monument of sorts. And, because everyone I love has indeed done so, I know that of course I will. Some seeds planted purposely; some scattered unknowingly. What I know to be true is that for a time, we get to love people, we accumulate things and memories, in real or imagine ways we’re betrayed by people we love, and eventually, we’ll bear witness to the death of many of these same loved ones, leaving us to hold whatever’s left. So, for now, I’ll continue with as many intentional seeds as possible.

Join me for class on:

This class will blend yoga movement, contemplation, meditation, and conversation for a new way to explore our practice in community. Covid vaccinations required for in-person practice at the Harmony Space in Shepherdstown. Limited spacing available.