Begin at the Center 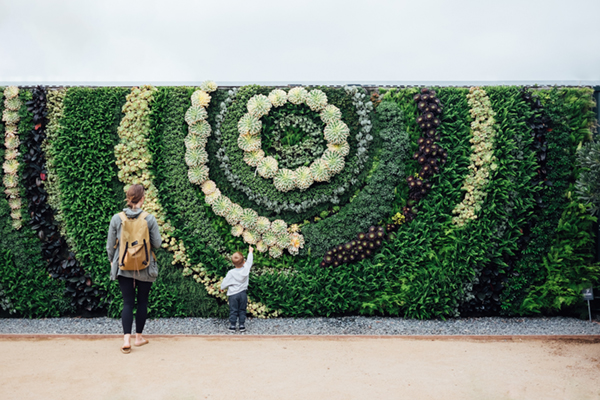 I have been thinking about something I wrote about a few years ago–The root of the word “December” comes from the Latin word Decem, meaning ten, and was thus named because in the original Roman calendar, December was the tenth month in their calendar that began in March and ended in December.

The period we know of as January and February was called the “month-less period” and the days at this time were not marked on the calendar. Had we kept with the original Roman calendar, then, the New Year would not begin in January but in the new growth period of spring that March kicks off.

The idea of this being a month-less period calls to mind the image of us suspended in a period of quiet withdrawal from the outer world, drawn inward for contemplation; a dormant period of reflection and nourishment from which we can reenter the world when spring comes. This aligns with my recent discovery that every 7 years in Hebrew tradition (2021 falling into this) is a sabbatical year in which one would practice “shmita,” or radical release.

In the time of shmita, the body of the earth would lie fallow and one would not attempt to increase their bounty or hoard their harvest. The only agricultural activity during this time was for the protection of the soil; humans were called to discover the power of small, intentional communities, in which resilience and interdependence could be cultivated as each member focused on the radical release of fear. How I love this. I am asking myself, can I tend to the body of myself and my small piece of the earth, i.e. my family and community, during this month-less period?

I am not allowing the liminal quality of this time to swallow me up in fear that I should be doing more or that I should have a plan laid out for the whole of the year ahead. Instead, I’m taking stock of what I’ve cultivated, what lessons I’ve learned, and asking myself some important questions regarding how I want to feel each day. I’ve learned the world needs more radically loving and compassionate beings showing up for themself and for each other; learned I know how to pivot, to rise into resilience and, over and again, support, grace, and encouragement arrive at exactly the right time; that gratitude is indeed possible and necessary every day; and that it’s an incredible gift to live with a joyful body.

From this I know: I must connect with unconditional / radical love and compassion to myself, my community, and the earth; I can show up with unwavering faith no matter what might be; treating the start and end of my day as an opportunity for gratitude creates a palpable energy around my heart; and I can define and redefine with my choices what it means to be in a joyful body each day.

I have some practices I’ll share with you that have helped me cultivate a daily routine to align to these core states of being. For now, consider taking stock of what you’ve learned in these last 12 months. Start with what you’ve learned from your positive, ta-da moments. Perhaps radically release the need for everything to be perfectly planned and align to how you want to feel, rather than what you want to do. Danielle Laporte calls these Core Desired Feelings. Mine are Unconditional Love, Unwavering Faith, Joyful Body, and Grateful Abundance. I have a definition of what each of those means to me but what about your own? Let this fallow time, this sabbatical time, offer you a period of enriching the soil that is.