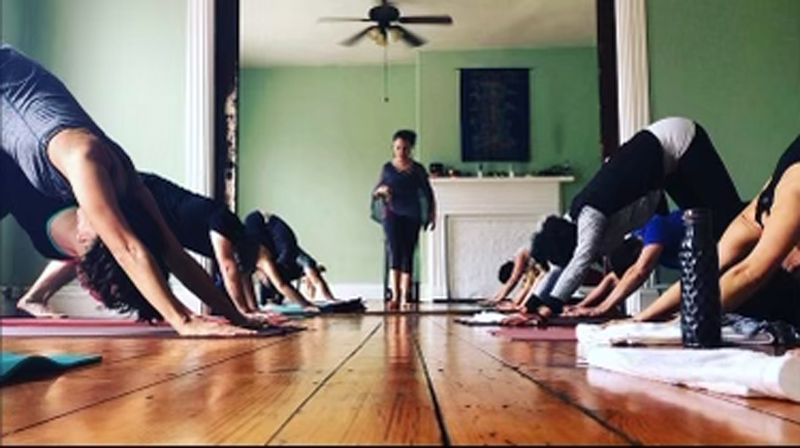 I am writing this on the eve of the final Jala Yoga class. As I sit and imagine the upcoming day, a multitude of feelings and thoughts rise. Awash in memory, I am both heavy and joyful. Of course, there is pain and grief, but why not celebrate the incredible life of what’s been? And so, I sit with the whole story.

The practice of yoga comes out of a story lineage. My friend and profoundly wise storyteller, Michael Trotta, says that a story is a living entity, getting shaped and reshaped by both teller and listener, as each one brings their own story to the moment, so that a story gets written over and again each time it’s told.

Yoga, too, is a living practice. The poses are remade in each individual “teller’s” body. The understanding of the philosophy alive through millennia, takes on the shape of the culture and times in which it’s experienced. While there is a thread of the eternal woven through, there is a fluidity that can be viewed through the lens of the evolution of life itself.

Our stories get told through our bodies, through the heart, and of course through words. When we step onto the mat and begin in the stillness of mountain pose—Tadasana, the abode of stillness—we ready ourselves as a container for the story to unfold. Much the way that as we step into each other’s lives, we become individual and companion tellers of a new story.

The story of Jala Yoga is mythological. It is a love story, a life story, a tale that is both unbelievable and true. It’s been written by every teller and listener, so that student and teacher each have become weavers of the story that is. It will continue to be told as each teller continues to move in the container of their own vision of the story, their own vision of what it means to be a practitioner with a body that holds a richly unique and somehow intimately woven story.

The story is a reminder that every breath, every body, is an abode of the love that is writing itself onward…

Once, long ago and yet not so long at all, there was a woman who was carried to the shoreline of a great ocean. She stood for a long time, alone and watching the horizon until one day a raft appeared onto which she felt beckoned to climb. At times the ocean was peaceful, playful even. Other times, it was tumultuous. In these moments, she’d try to remember to sit in the center of the raft and stay very still. On the raft this woman stretched into her body and made room for her heart to expand from her ribs into the air around her.  And so, she began to float outward.

It wasn’t long before she realized she wasn’t alone—of course not, in a sea so wide and expansive. There were others, some who came near enough to link their own raft to hers until the floating craft grew larger and could fit hundreds of people. And because it had been seen fit to be so, there was enough room for everyone to stretch their own body to fit and fill their own heart. And they all began to float.

Some days the sun was too bright, and the people would raise their arms together to create a giant moon-like shade, cool and silvery over each other’s heads. Some days the current was barely discernable, and it felt like they moved not at all. But then someone would notice a new buoy, a new portion of sky, some new member of the group. Along the way, faces would shift and move and change shape. Yet, the floating container continued to expand and contract to hold exactly the right number that were present.

It was impossible to know if there was an end, where the ocean and sky no longer met. And so, they continued to stretch and to fill the great sails they built and filled with the blowing wind of their breath.

Then one day, they simply disappeared from the shoreline entirely, carried off together into a greater sea than they’d even known existed. Yet, the truth is, they knew all along. So, they let go and into a wide-open space they went, together.

And so, on we go together, carrying the story. I am celebrating the way that it is and ever will be alive.

Continue to check in with me friends. A new story is writing itself in me. Of course, it holds every page of the past and every possibility of the future. And it has room for each of you.

Check out our Vimeo library of videos collected from the past year’s classes. Please enjoy practicing with these complimentary classes for the next 30 days.

And if you’re still interested in some last items—Jala Yoga shirts, Pure Spirit balms and sprays, blocks, some furniture and fixtures—join me for the final finale sale this upcoming Saturday, October 16, 10:30-4:30 in Shepherdstown at the Mellow Space on German Street. 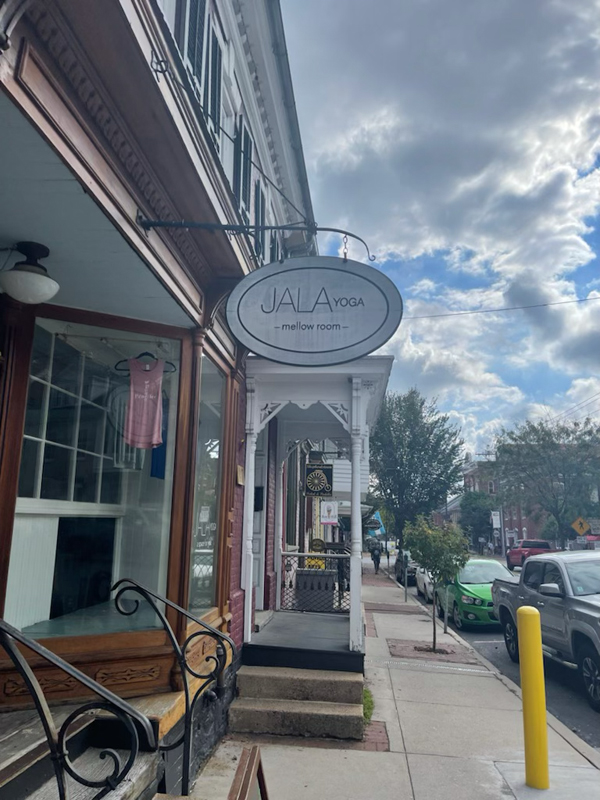 Homecoming and Holidays
Scroll to top